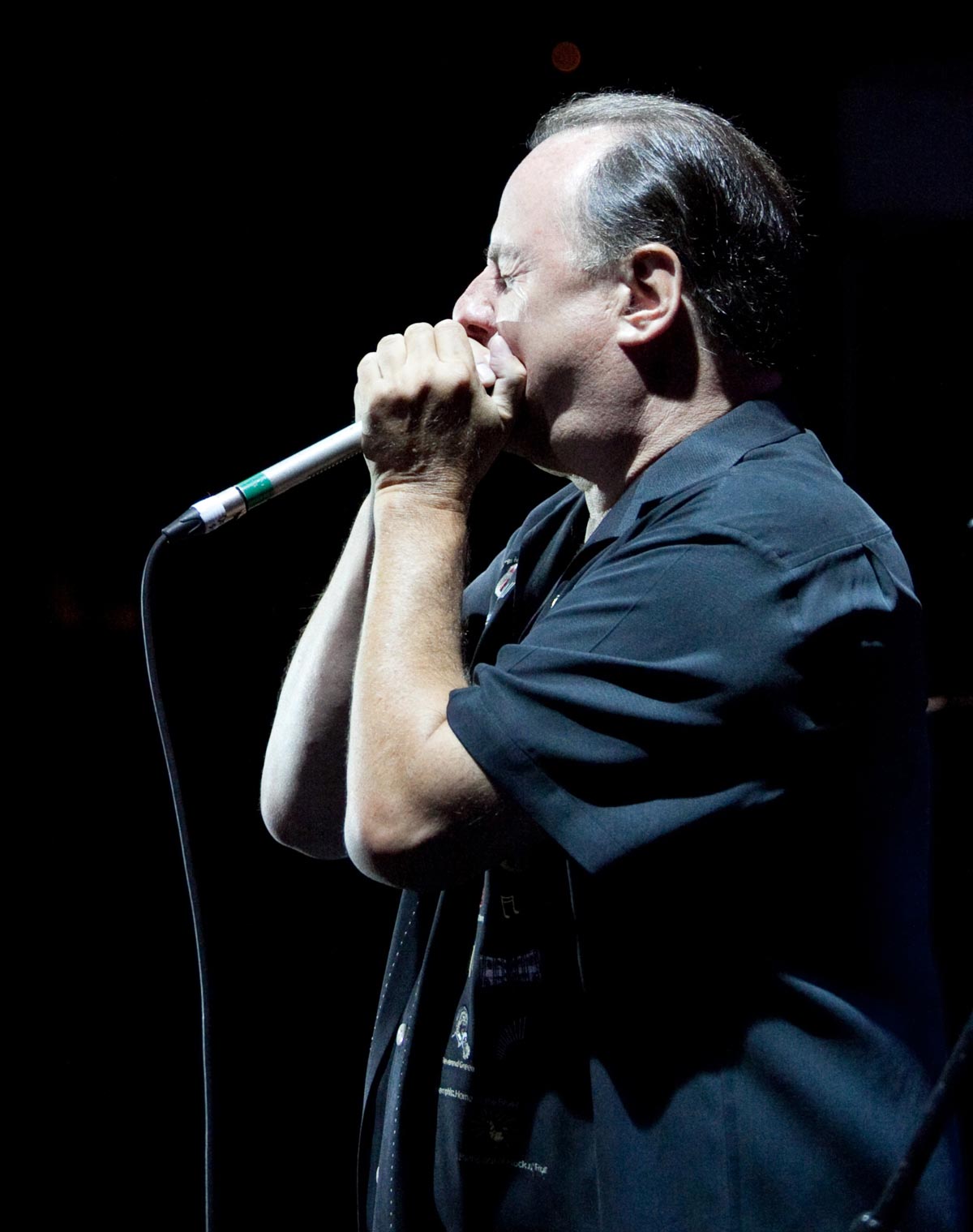 Chuck Jackson is Downchild’s lead singer and harmonica player; the sort of openhearted, friendly guy who builds an instant rapport with audiences. He came to Downchild 30 years ago after a long career with a number of top Canadian bands including Cameo Blues Band and The Labatt’s Double Blues, which was the official band of the1988 Calgary Winter Olympics. An Award-Winning singer, who rates Big Joe Turner, Otis Redding and Junior Wells as major influences, Jackson is also is an excellent songwriter. A number of his songs can be heard on the many Downchild recordings. As a dynamic harmonica player, one special highlight of the band’s performances is a harp duet with Mr. Downchild, Donnie Walsh. Chuck is also the Founder and Artistic Director of the annual award-winning Tim Hortons Southside Shuffle Blues and Jazz Festival celebrating it’s 23rd Anniversary in 2021. The Festival has become a major event on the North American festival circuit.