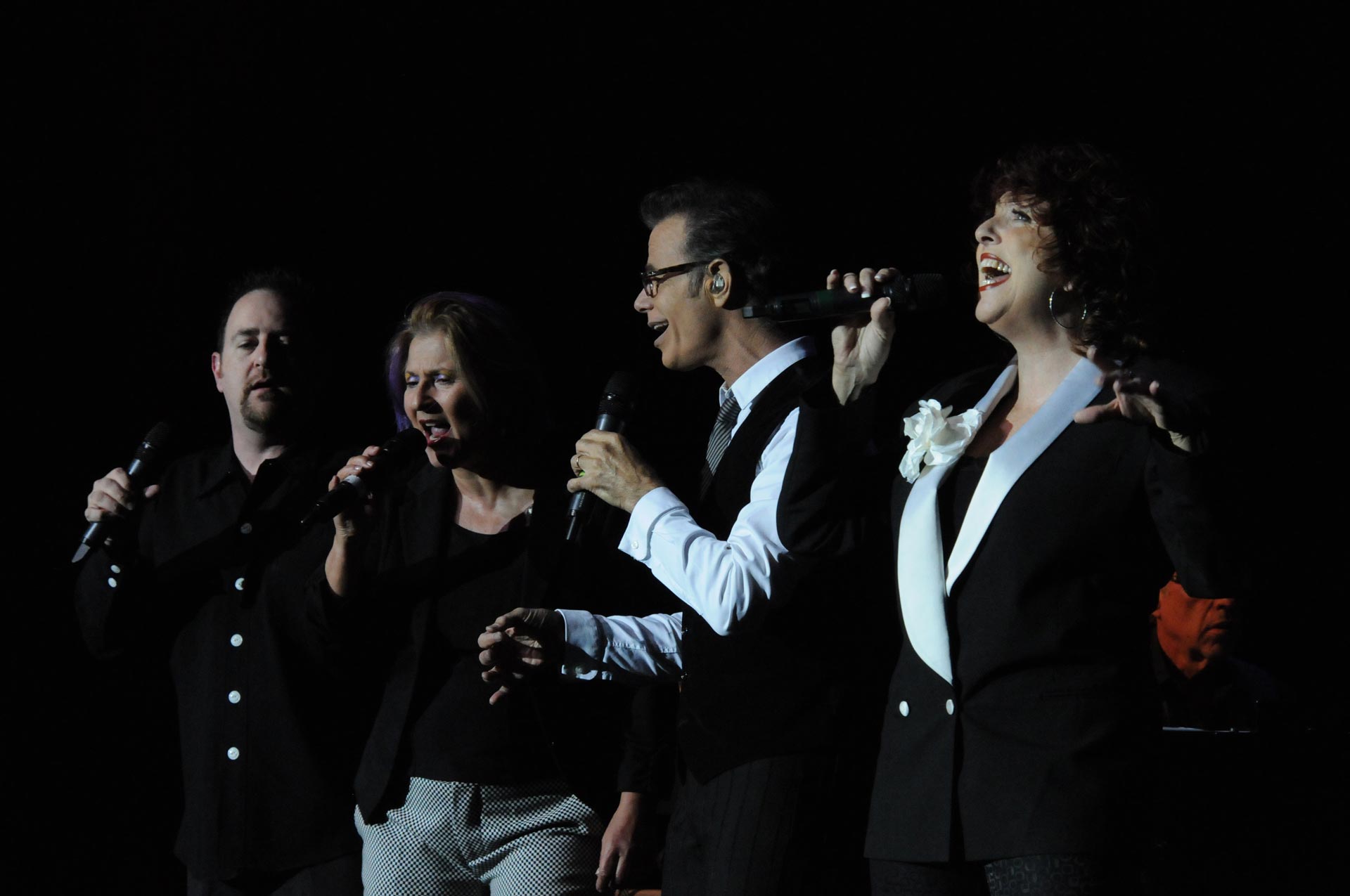 The Manhattan Transfer is a Grammy award-winning jazz vocal group founded in 1969 that has explored a cappella, vocalese, swing, standards, Brazilian jazz, rhythm and blues, and pop music.There have been two editions of the Manhattan Transfer, with Tim Hauser the only person to be part of both. The first group consisted of Hauser, Erin Dickins, Marty Nelson, Pat Rosalia, and Gene Pistilli. The second version of the group, formed in 1972, consisted of Hauser, Alan Paul, Janis Siegel, and Laurel Massé. In 1979, Massé left the group after being badly injured in a car accident and was replaced by Cheryl Bentyne. The group’s long-time pianist, Yaron Gershovsky, accompanied the group on tour and served as music director. Trist Curless from the Los Angeles a cappella group m-pact became a permanent member in October 2014 following Hauser’s death.